About The Swinger Symbol 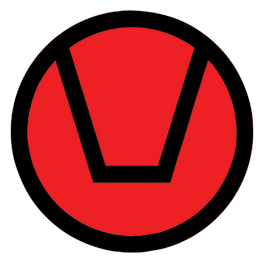 The story behind the Swinger symbol

But aren't there not already enough swinger symbols? Yes and No. Many preexisting symbols like the pampas gras in the garden, the upside down pineapple or the black ring are known swinger symbols. But those symbols have multiple meanings and can lead to confusion. The black ring is also used by the asexual Community and of course many non-swingers just wear it because they love to wear black rings. On the other hand, a black ring with the swing symbol is distinctive and discreet at the same time. Gender symbols are too suggestive for many people and they are not easy to read. Also note, that they also can be confused with other practices or lifestyles like bisexuals.

The goal was to create a symbol that can be discretely worn in public without being exposed to non-swingers. It also had to be easy to reproduce and drawn by hand just like many other popular symbols such as the peace symbol. Having a simplified design base also makes it easier to create more complex variations later on and leaves more room for creativity.

The symbol is not a brand and is not trademarked, but licensed under the Creative Commons Attribution-Share Alike 4.0 International, which means anybody can use the symbol, reproduce it or transform it to create for example their own jewelry collection. The creators don't request to be credited, but to keep of course the signification of the symbol.

Why wearing a swinger symbol?

Symbols are used by many cultures and communities to create links, relationships and a unity. Community Symbols connect groups of people with the same interest and lifestyle.
Some may feel uncomfortable wearing a dedicated symbol in public and want to keep their kinky lifestyle as secret as possible. Others don't care to wear a specific sign anywhere and speak loud about their deepest fantasies with anybody even with their friends, family and colleagues. But there is also a middle way: Imagine you are traveling, you go to a beach (nudist or not) and you are looking for a nice couple to spend time in the evening, but you don't know who are in the lifestyle. You probably won't ask each couple to find out who is swinger, you probably would feel awkward. But imagine if all swinger couples would wear a swinger symbol or sign , wouldn't that make life much easier? Of course if you are only meeting in swinger clubs, you know for sure they are at least curious about the lifestyle, but there swinger clubs are not always within your reach.
If you are proud to be a swinger and identify you to this lifestyle, you can wear the symbol everywhere and anywhere (as jewelry, a tattoo, a sticker on your car...), be insured, maybe some might wonder what it means, but don't worry most people never find out unless they make specific researches on the topic, which means: they are also curious about the lifestyle...

The meaning of the swinger symbol "The Swing"

The color red attracts the most powerful consideration and is related to invigorating feelings of "love", "passion", "stimulation", "strength" and "vitality". The universal color signifying courage, power, strength, and stamina undoubtedly is Red. This strongly represents the solid passionate bond and in swinger couples. Red is stimulating, energetic and vibrant with all the positive passionate feelings and sensations. Red inspires want and action with a solid association with sexuality and increased cravings.

Black is the shade of mystery. It conceals and hides and suggests that there are barriers and limits, much the same as the swinger lifestyle does. A strong and incredible color, dark is formal and cosmopolitan, attractive and cryptic. It is the color of mysterious dealings that may scare you and heighten your hesitation. It is a color that universally signifies power and control. It is viewed as intimidating, yet still refined, exquisite and highly confident.

The swing clearly speaks to the idea itself of the "Swinger lifestyle". It is related to the development, the swaps and the physical and passionate shares inside open relationships and other like-minded lifestyles.

The circle speaks to the gathering of swinger individuals associated with a common way of life. It is related by the strong bonding among the couples and within the swinging network.
View FAQ